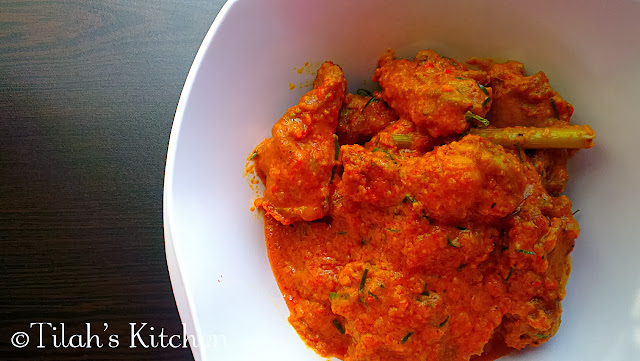 On New Year's Holiday, I cooked my most favourite dish. Oh yes! I know! I know you might be thinking in your hearts that it is nothing new as every dish is my favourite dish and I am the blah blah blah who claims that I am not greedy and who calls my "supersized" self a "supermodel".

But! Until you cook it and you taste it, you will know the reason as to why I say that this is indeed my "most" favourite dish. My mum's signature which is a hit with anyone who has ever tasted it and left them bugging me and the rest of my siblings for the recipe. Chicken Rendang or should I say, Tilah's Mum Chicken Rendang to be exact. Even a good friend of mine who got the recipe from me by chance, has her family now addicted to this dish and they call it by the Malay name, "Rendang Ayam Mak Tilah". I am sorry though that there is no direct translation in English for the word "rendang".  As such, I shall refer to "rendang" as rendang! 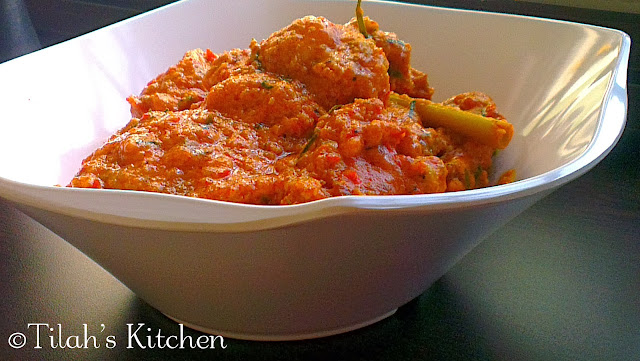 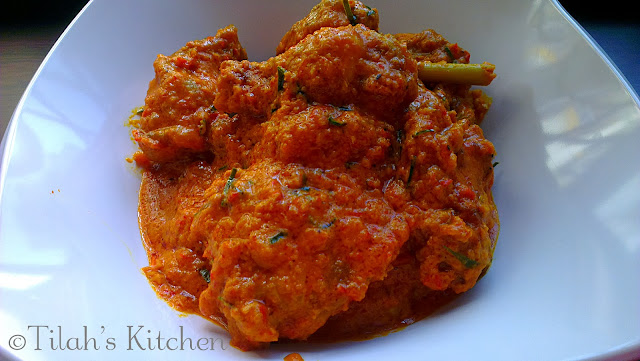 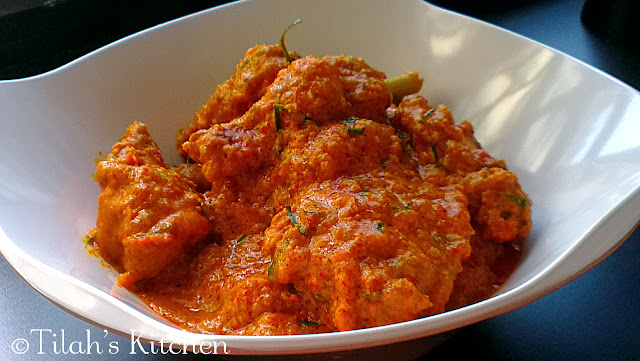 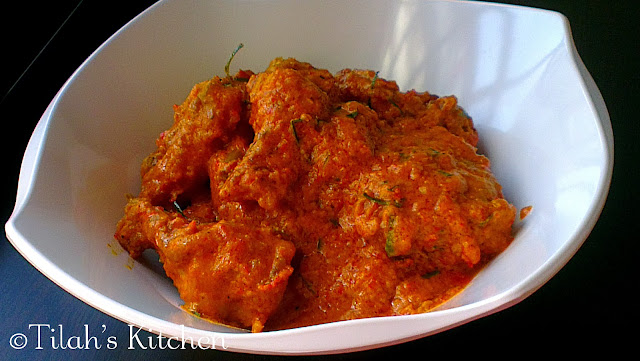 Despite the varying ingredients used by various people in cooking rendang, there are a few ingredients which you cannot make do without.  Rendang is not called "rendang" without these ingredients.  The ingredients which I am referring to are kaffir lime leaves, turmeric leaves and toasted coconut which is called "kerisik" in Malay.  You can buy "kerisik" at any local supermarkets or provision stores.  I am however not sure if it is available overseas other than in Singapore, Malaysia, Brunei and Indonesia.  In any case, I think the taste of rendang would still be forgivable and not wander that far off if you have no choice but to make do without it. 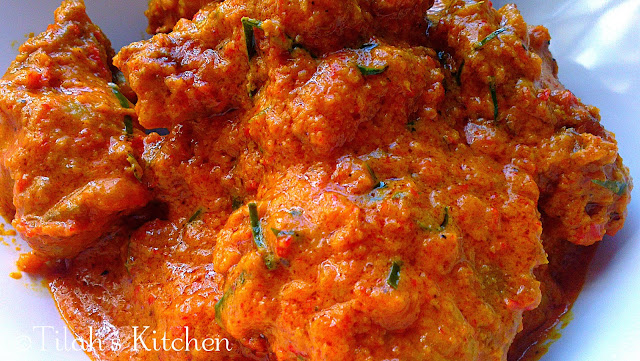 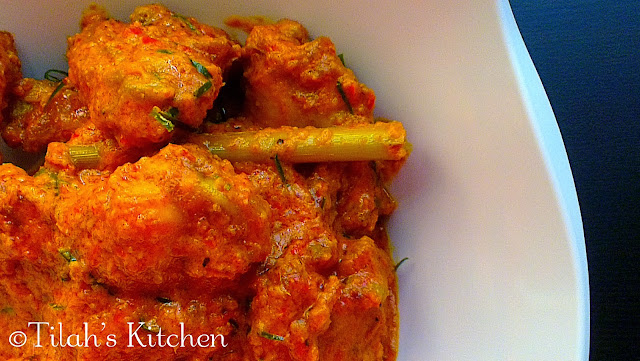 Since the taste is marvellous, it is not a surprise that this is also my mother-in-law's, my dearest husband's and Sayf's all time favourite.  I am sure Suhaym will follow suit in a year or two.  I always cook more than I am supposed to when I cook rendang simply because my family just cannot have enough of it. This is also the reason that I did not cook it every so often.  Due to the richness of this dish and the amount of it that we (or is it "me", hehe ;p) fill our stomachs with each time I cook it, I might just "poof" into a "superduper-model" and the whole family would need to change our wardrobes.

Anyway, here goes the recipe for this definite must try!

Do note that spoonful herein refers to 10 ml volume

(**Items to be blended in a food processor with a little water to form a paste)
30 stalks of dried red chillies** - slit in halves, rinsed, boiled and rinsed again until de-seeded
2 large onions**
5 shallots**
6 garlics**
2 cm ginger** 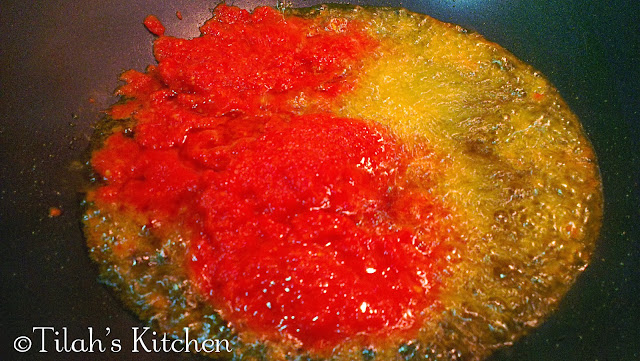 1.  Heat enough oil in deep based pan.  Once heated, add in the blended ingredients. 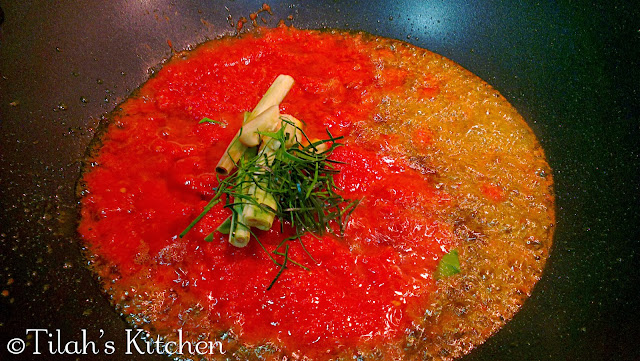 2.  Add in the lemon grass, galangal and half portion of the kaffir lime strips.  Saute for about two to three minutes. 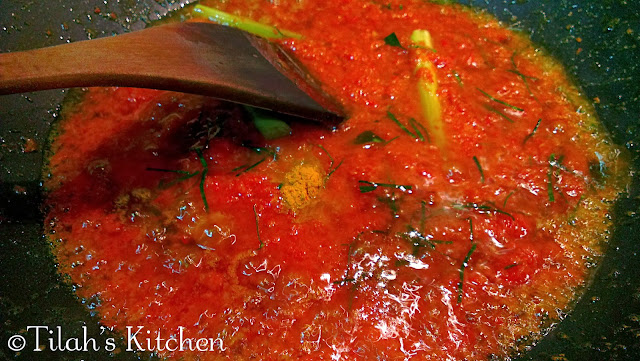 3.  Add in the turmeric powder and further saute for a minute or two. 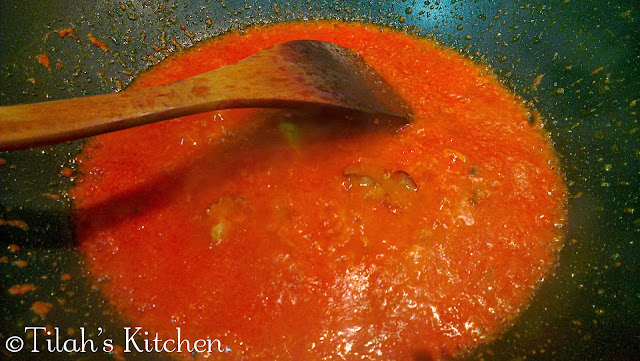 4.  Add in the tamarind peels and saute for another minute. 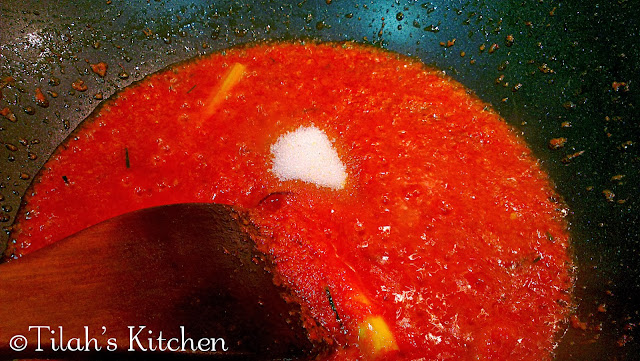 5.  Add in sugar and saute until oil separates. 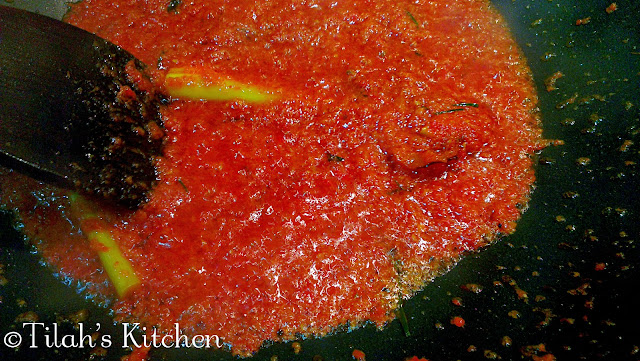 6.  Once the sauteing mix looks dried and you can see oil collecting at the gaps or around it, oil has separated. 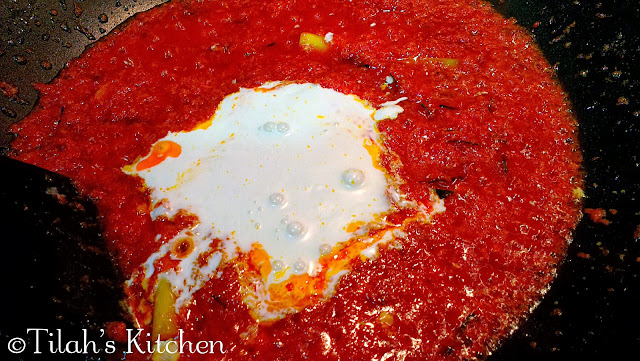 7.  Add in coconut cream and give a stir. 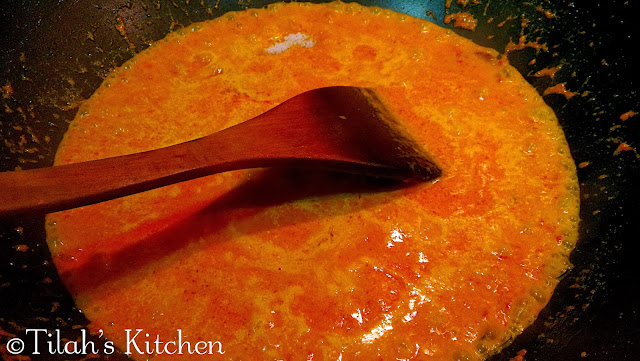 8.  Add in water, salt and Ajinamoto.  Give a stir and bring to boil whilst stirring every now and then. 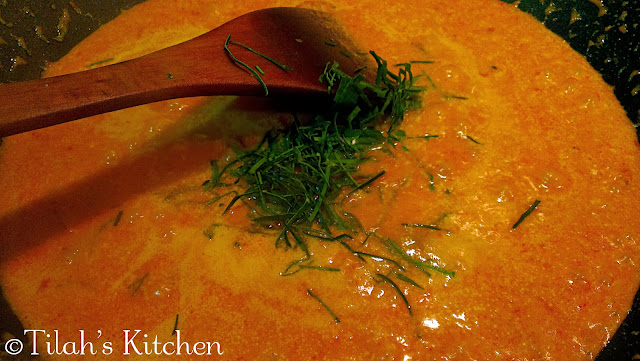 9.  Once boiling, add in the remaining strips of kaffir lime leaves and turmeric leaf.  Give a stir. 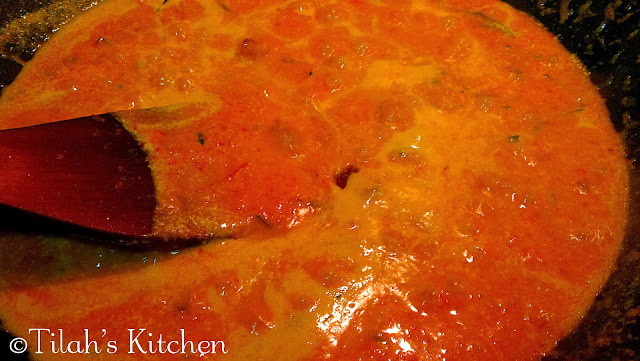 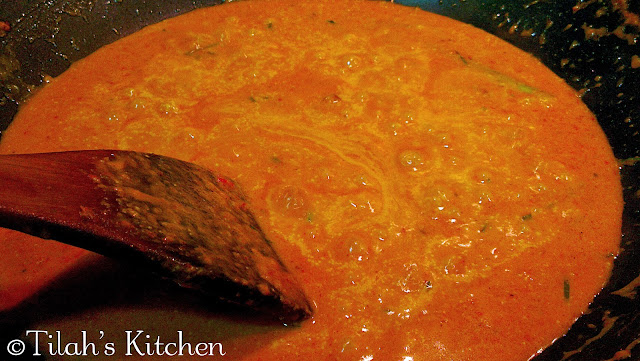 11.  Remember to do a taste check and season accordingly if necessary.  Let simmer for about a minute or two whilst stirring every now and then. 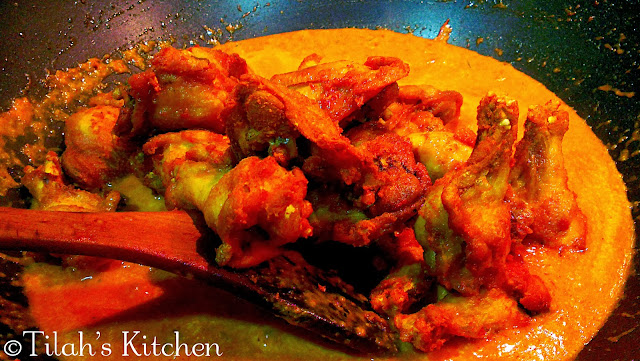 12.  Add in the fried chicken parts and fold them into the gravy. 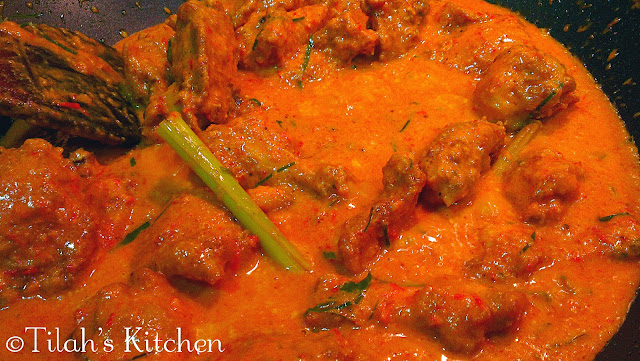 13.  Let simmer for another minute or two. 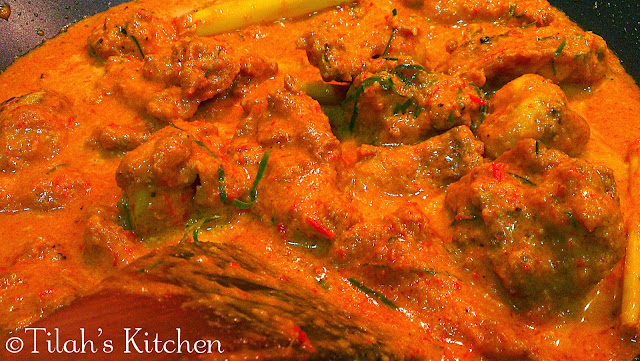 Goes very well with the Malay traditional rice cakes like "ketupat" or "lontong".  It is also just as good with white rice.  Enjoy and Happy Kitchen-ing!! 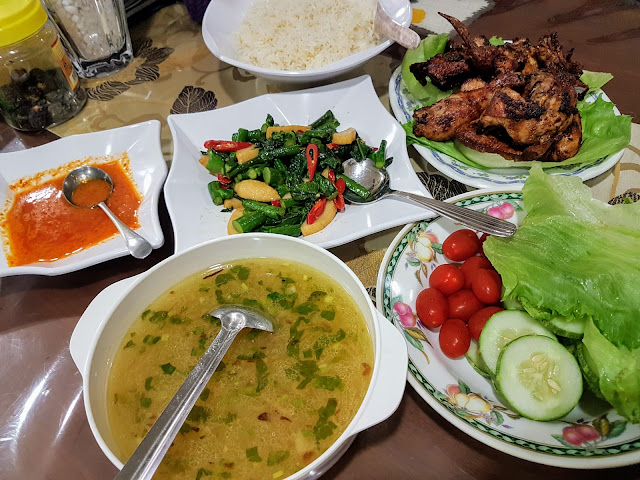